Checking In For April

Looks like I am only going to get one blogging session in for April. But don't think I've just been sitting around and eating chocolate bonbons all day. There is "Spring Cleaning," and "Earthquake Repair" to tackle.

I put in some grout where two types of tile meet at my sewing room threshold. For years I have struggled with a wooden piece for this area and it never wanted to stay in place. Such a simple solution! 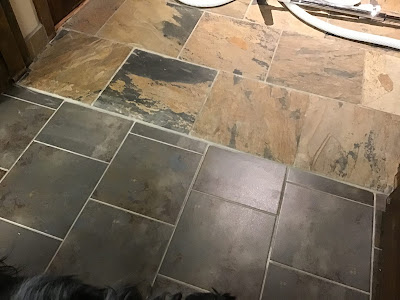 There are a few large cracks from the November earthquake. My handyman started filling them. Weather has kept him from coming to finished the job last week...more about that later. 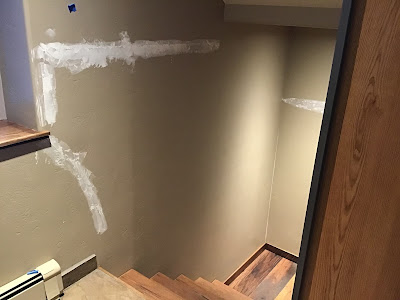 For three days I've spent most of my time with a caulking gun. Between prepping and applying, my backside has gotten a good little workout. I'm very thankful for our hot tub! 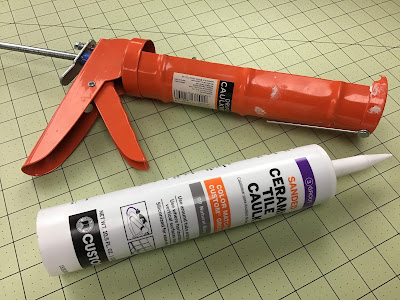 April started out so remarkably warm and sunny....for days...then two weeks. All snow was gone from our yard. My husband was having a blast flying in his little Piper Super cub. I managed to get a photo of him from our deck on March 30th. 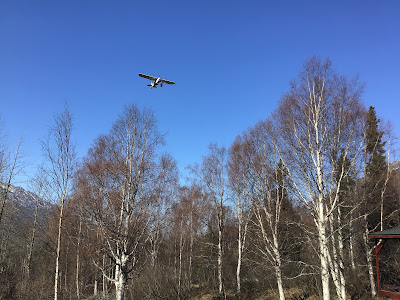 Then Mother Nature reminded us that we live in Alaska.

Wednesday, April 17th, I woke up to this. 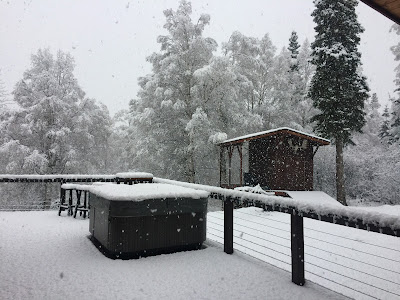 I've had three mornings like this with 3 to 9-inches of snow. I've shoveled the deck every day even though much of the snow melted everyday as temps got above freezing in the afternoons. Nothing worse that snow that softens and then re-freezes overnight.

Before the snow came and all the house projects, I did work on a few quilting projects.

I finished three baby-sized versions of the March Breakfast Club project. I didn't start out with that intention but...you know how things can multiply in your sewing room. I had cut out enough blocks to make the large original version when I thought it looked too much like a baby quilt. There are always great ideas from the other quilters at Breakfast Club! 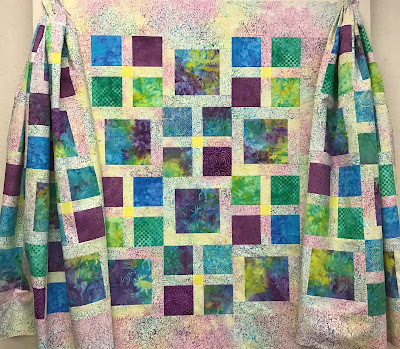 I've been collecting Indah Batiks from Hoffman for this quilt by Elizabeth Hartman. Found a great sale on the internet a while back and I have finally gotten them all ready to go. I always pre-wash any fabric fat-quarter size or larger and iron with sizing before I cut for a quilt. Sadly, I don't think I will get any farther on this one until next fall. Too many other projects in front of it! 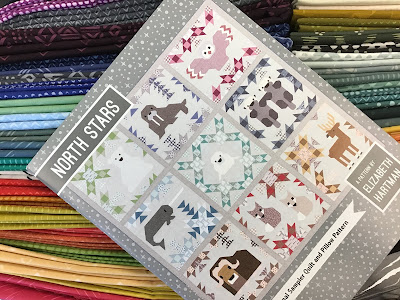 I really want to get a quilt on the frame to start stitching. I have a patriotic top I designed and pieced a few years ago that I would really like to get quilted before the 4th of July and since my pace is rather slow I'm making it my priority. But there was a reason I had let the top age...I didn't like one particular color placement in the final top...and it really bugged me as I started thinking about how I  would quilt it. I just had to fix it! So I spent a couple of afternoons replacing one piece in eight blocks.

Below are the pieces I removed laying on the areas where I pulled them from, marked with the "X." Not the most convenient location for making changes. 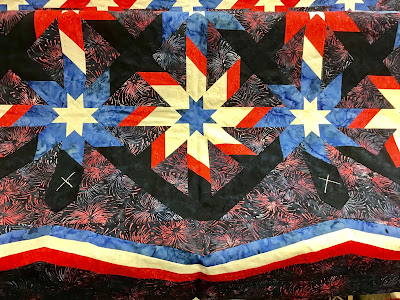 Below is the area now...just as I want it...I know...too hung up on a small issue but when looking at the whole quilt top it is kept drawing my eye and I didn't want it drawn to that area! 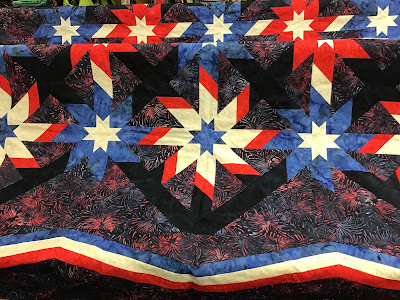 I'm starting to play with quilting designs. At least I have a general idea of how I want the movement to play on the top. Always a challenge to get that feel without starting and stopping a million times or making thread color changes. 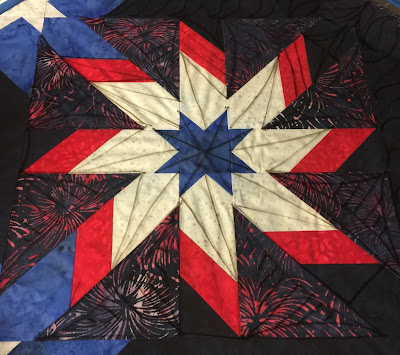 I officially finished the little wall hanging of a Carpenter's Star. I wanted to share one of my machine quilting tips. When I am all done...occasionally I find a thread loop from some bad tension. I really hate that when it happens. If it's just a little loop here and there I use this tool to pull it to the center of quilt. It's a tiny crochet hook called, "Soft Touch Thread Pic." Sold as a tool to remove dark threads behind light colored fabrics after you are all done with quilting. I also use it to pull snagged sweater threads to the wrong side. 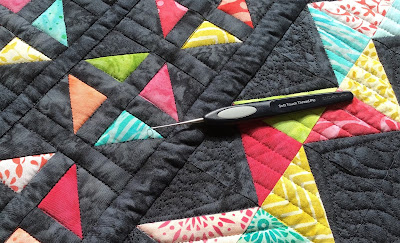 One last look at the Carpenter's Star quilt. I need to finish repairing wall cracks before any quilts get hung on walls. 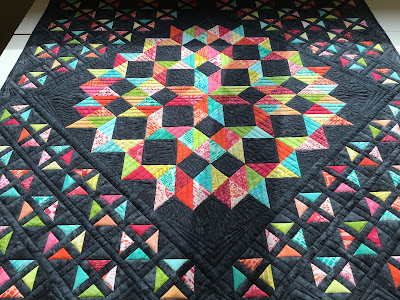 Now I am going to do some "Mom" bragging!
I've done lots of family trips this year and I still have one more in May.
Last week we went to Sheppard Air Force Base in Wichita Falls, Texas to visit our son and his wife for, "Drop Night." It's a big party night three weeks before graduation when the student pilots find out what aircraft they will go on to fly after pilot training. Each class makes a satirical class video that pokes fun at their year together going through pilot training. Their class video's theme was a rock concert so my son was dressed as a concert attendee. 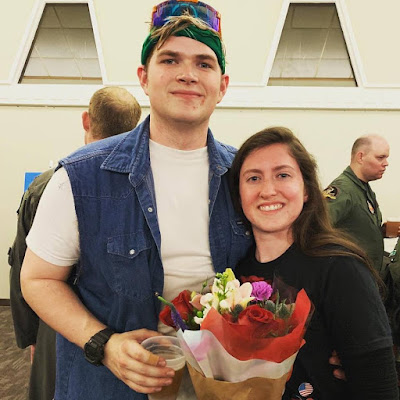 I am so proud of him!

Here he is getting an official photo on a T-38 jet used at pilot training to introduce fighter fundamentals. 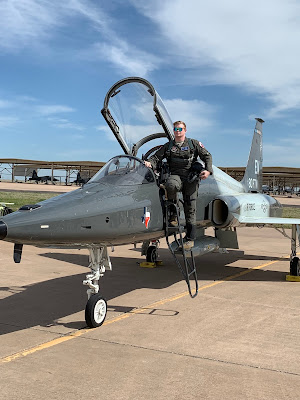